Bike Route Thru Time is a celebration of the bike route which passes by the mural. Views of Strathcona, of the city, and of Stanley Park are included. At the far left is a reminiscence of Glen Road, one block west of the mural, which at one time, during high tide, was a water conduit for native people from False Creek to Burrard Inlet. In the mural center is a city collage that chronicles the rise of a city from Longhouse to the Wall Centre. At the far right is an impression of the Stanley Park Hollow tree, a Vancouver landmark. Immediately to the left is a depiction of Second Beach in Stanley Park in the last decade of the 20th Century. Throughout is a theme of Stanley Park and the temporal rainforest origins it evokes.

Four persons were employed. Paint and scaffolding were provided by the Vancouver Graffiti Management Program. Community groups: CETA (Creating Employment Thru Art) was an organization hired by the Strathcona Business Improvement Association in 2004 to paint a series of murals in Strathcona. 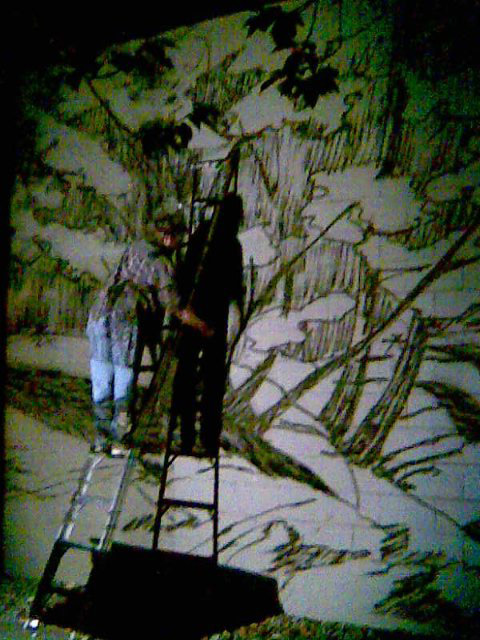 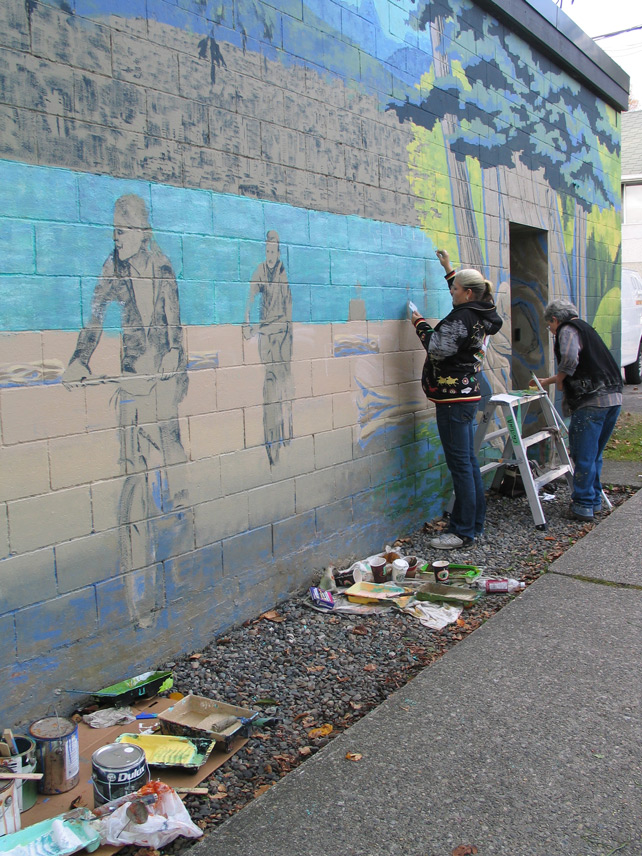 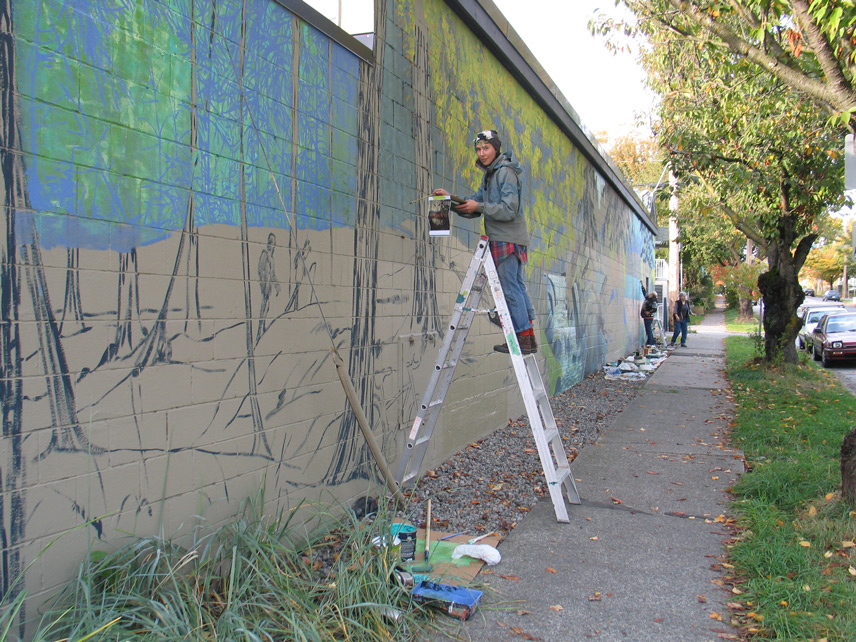 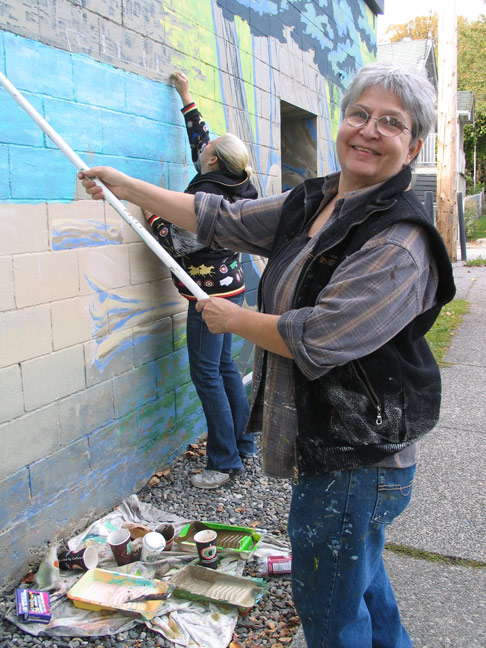 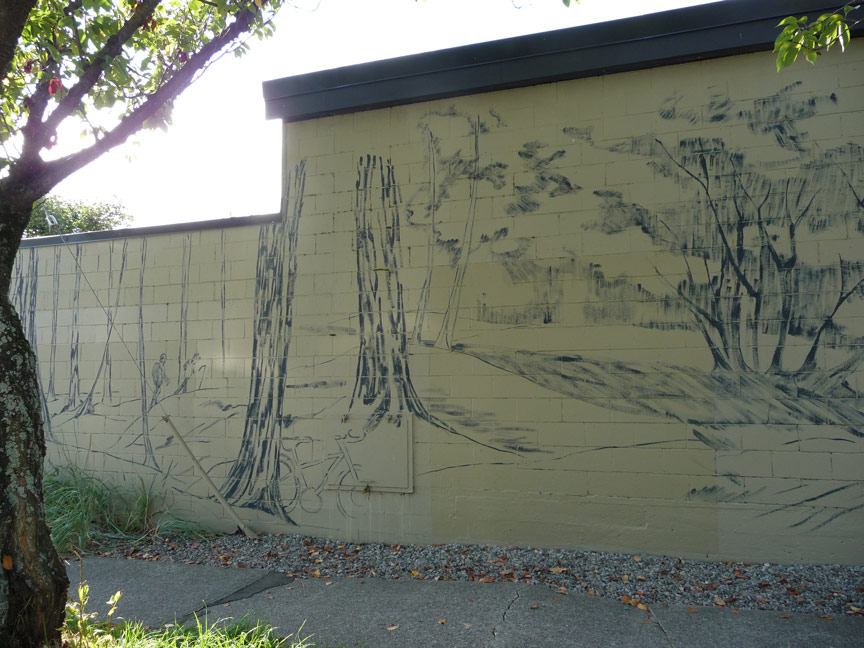 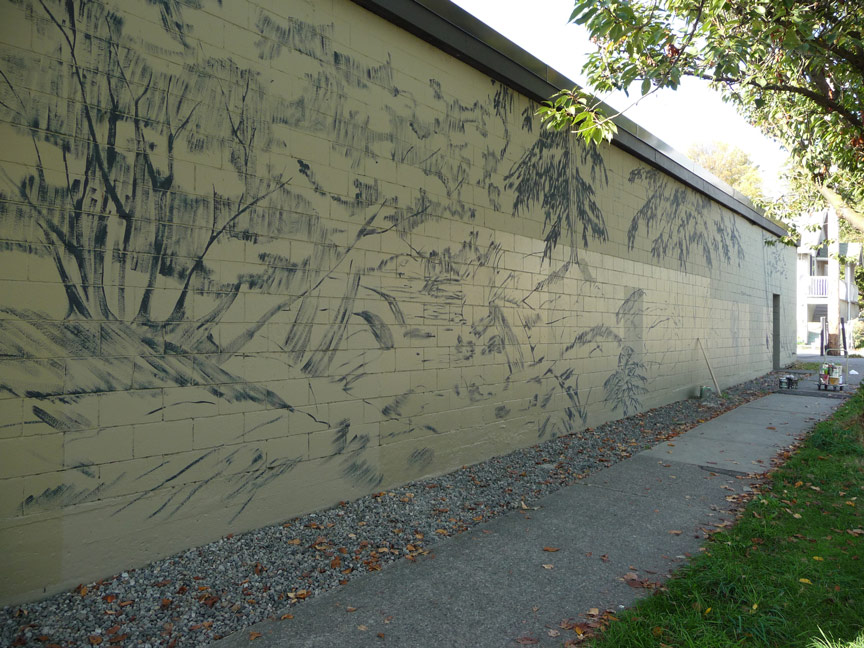 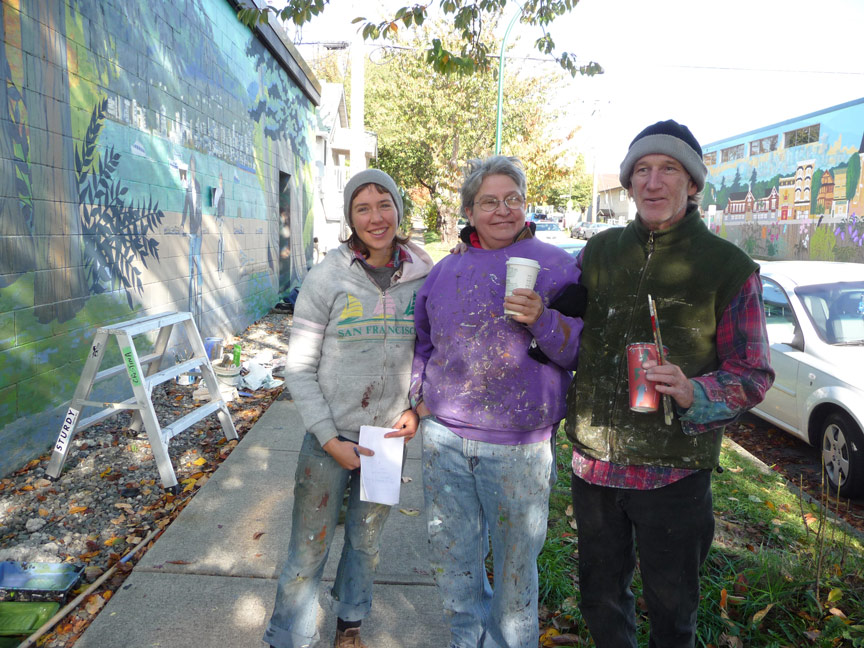