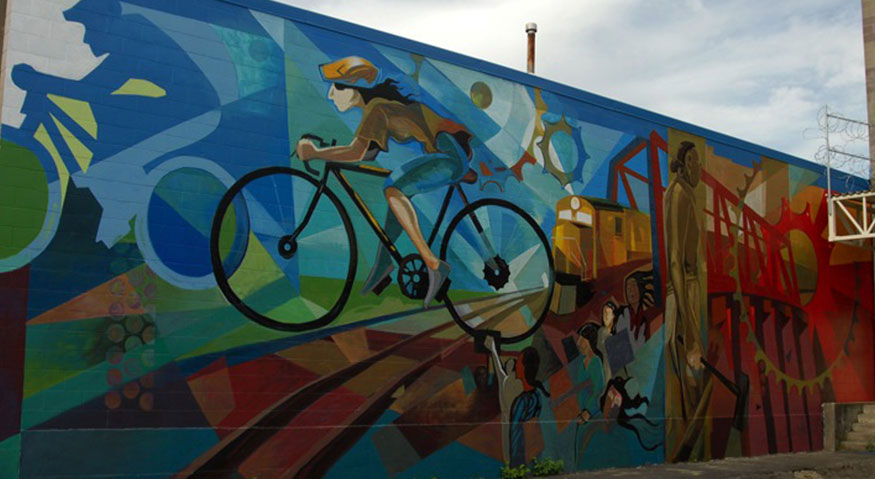 Crossings makes reference to transportation, cycling, and to the railway crossing nearby. Cyclists cross railway tracks, moving through abstract passages in the left area. Central mural grouping represents the Militant Mothers of Raymur, a group of women from the local housing projects who fought for a pedestrian overpass. On January 6, 1971, the mothers of the Raymur Social Housing Project protested by setting up tents on the track and protesting in front of the trains, with signs reading, “Children vs. Profit” and “Petitions Don’t Work.” In all, twenty-five women blocked the tracks. Their efforts were eventually successful, resulting in the Keefer Street Pedestrian overpass, linking Strathcona with Seymour School.

Central and right side of the mural portrays a Chinese railway worker and a railway trestle, both from the late 19th century. This figure represents the legacy of British Columbia laborers that developed much of the infrastructure in the province. A series of large cycle sprockets and gears, suggesting both time and interconnectivity, form the background motif. Partner: Britannia Community Centre Association and City of Vancouver – Great Beginnings Program